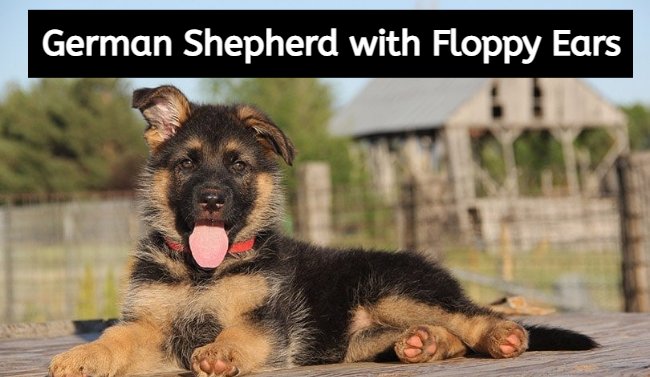 Do you have a floppy eared german shepherd? If so, you’re probably wondering if there’s anything special about them. Are they prone to any health problems for German Shepherd with floppy ears? Well, it is a common thing among german shepherds and does not require much worry from your side.

However, a few times, german shepherd floppy ears can be a symptom of some underlying health issue. In this article, we will discuss german shepherds with floppy ears, what GSDs have such kind of ears, and when should you be worried about it.

We know that german shepherds have long pointy ears that stand erect most of the time. But there are some german shepherds whose ear carriage is not like that. Their ears are floppy and they hang down close to their head, similar to the appearance of a hound’s ears.

All german shepherd puppies are born with floppy ears. It is only after a few weeks that their ears start to stand up. If your german shepherd’s ears are still floppy even after he has grown up, then it is most likely that his ear carriage is due to a genetic factor. Not only that, but one of the reasons could be a trauma to the ear or improper development in the cartilage.

Why Does My German Shepherd Have Floppy Ears?

If your puppy is less than 12 weeks old and his ears are already floppy, then you have nothing to worry about. All german shepherd puppies are born with floppy ears that stand up after a few weeks. If your german shepherd’s ears are still floppy even after he has grown up, then it is an uncommon condition that is most likely due to a genetic factor. 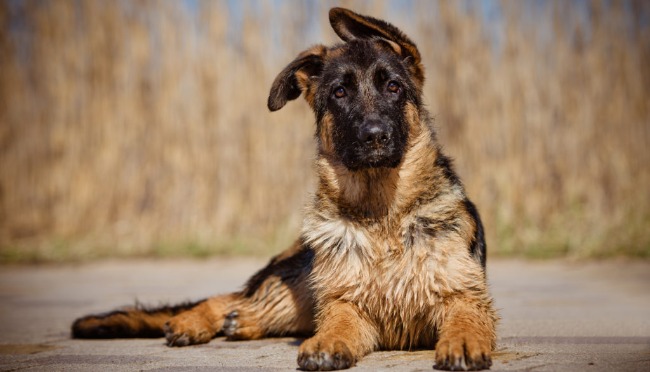 Here are the possible reasons why your GSD has floppy ears:

If your german shepherd’s ears are still floppy even after he has grown up, then it is an uncommon condition that is most likely due to a genetic factor. The gene responsible for this is the same gene that gives hounds their droopy ears. This gene is recessive, which means that both parents must pass on the gene for their pup to have floppy ears.

Poor nutrition is another possible reason for floppy ears in german shepherds. If a puppy does not get enough of the right nutrients, his cartilage will not develop properly, which can lead to floppiness in the ears.

If your german shepherd’s ears were floppy from birth, then it is most likely due to a genetic factor. However, if his ears only became floppy after an injury or trauma, then that could be the reason. Ear carriages can be changed by damage to the cartilage or muscles in the ear.

Also known as blood blisters, aural haematomas are a buildup of blood in the ear flap. They are usually caused by trauma to the ear, such as when your dog shakes his head too vigorously or when something hits his ear. Aural haematomas can also be caused by allergies or infection.

Ear Polyps are non-cancerous growths that can develop in the ear canal. They are usually benign but can become infected and cause a lot of discomfort for your dog. If your dog has floppy ears, he is more likely to develop ear polyps.

When to Worry About German Shepherd Floppy Ears?

Although german shepherd with floppy ears are mostly harmless, there are a few times when you should be worried about it. If your german shepherd’s floppy ear is accompanied by other symptoms like itchiness, redness, or discharge, then it might be a sign of an infection or allergy. If your dog is shaking his head a lot or scratching at his ear, it might be a sign that he is in pain. If you notice any of these symptoms, you should take your dog to the vet as soon as possible.

That was all about german shepherd with floppy ears. I hope you found this article informative and helpful. If you have any questions or concerns, please feel free to leave a comment below and I will get back to you as soon as possible. Stay tuned to Germanshepherdss.com! Thanks for reading.