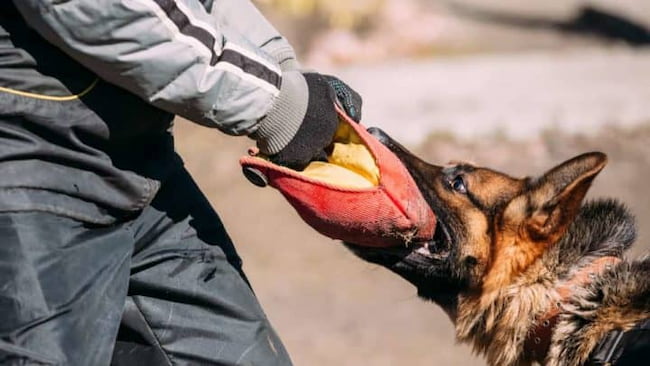 Do you know how strong your dog’s bite is? German Shepherds are known for their powerful jaws and can cause a lot of damage if they decide to bite someone. So, how strong is the bite force of a German Shepherd? That is a question that many dog owners are curious about. After all, this breed is known for being one of the strongest in the world.

In this article, we will discuss the bite force of a German Shepherd and how it compares to other breeds of dogs. We will also discuss what factors play into how strong a dog’s bite is. We will also provide tips on how to protect yourself from a dog attack. So, if you are wondering just how powerful your furry friend’s bite really is, keep reading!

What is the Bite Force of a German Shepherd?

German Shepherd is one of the dogs with the most powerful bites. They have a bite force of 238 PSI to 291 PSI based on the dog. To put that into perspective, a human has a bite force of 120-140 PSI. So, German Shepherds can exert about twice the amount of pressure we can with their bites! 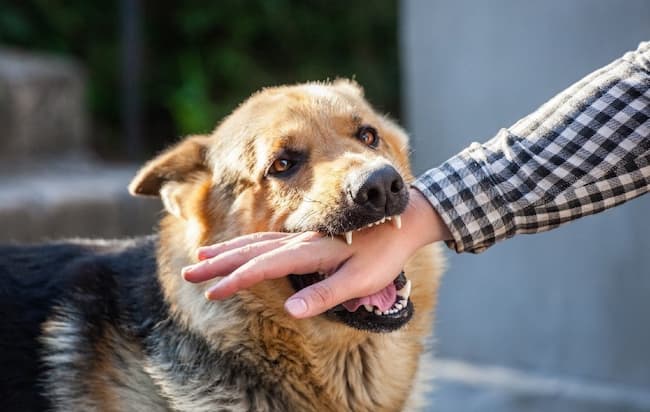 This high level of pressure is due to the size and strength of their jaws. They have large, powerful muscles that allow them to crush and grind whatever they are biting. This is why German Shepherds are often used in law enforcement and the military- their bite is incredibly strong and can be very intimidating!

However, it’s important to remember that not all German Shepherds will have the same level of bite force.

Factors that Affect the Bite of a German Shepherd

There are a number of factors that can play into how strong the bite force of a German Shepherd is, including their age, weight, and health.

For example, a younger German Shepherd is likely to have a stronger bite than an older one. This is because their muscles and jaws are not fully developed yet and they are still growing. As they get older, their muscles will start to weaken and their jaws will not be as powerful.

Similarly, a German Shepherd that is in good health is likely to have a stronger bite than one that is not. This is because healthy dogs have strong muscles and bones, while those that are not in good health may have weaker ones.

Finally, the size of the German Shepherd can also play a role in how strong their bite is. A larger dog is likely to have a stronger bite than a smaller one, simply because they have more mass and their jaws are bigger.

Also, check: How to brush a German Shepherd

What Will Happen if a German Shepherd Bites You?

The bite force of a German Shepherd is quite high, so if they were to bite you, it would definitely hurt. But, it is not just about a little pain. In fact, a powerful bite from a GSD can cause some serious damage.

Their sharp teeth can easily puncture the skin and cause deep cuts. If they bite down on an artery, it could result in severe bleeding. And, if they were to bite your face or neck, it could even be fatal.

So, while a German Shepherd’s bite may not be the strongest among all dogs, it is still powerful enough to cause serious harm. This is why it is so important to be careful around them and never provoke them.

How to Protect Yourself from a Dog Attack

The best way to protect yourself from a dog attack is to be aware of the signs that a dog may be about to attack.

Some of the warning signs that a dog is about to attack include growling, baring their teeth, and having their hackles raised. If you see any of these signs, it is important to back away slowly and avoid making any sudden movements.

You should also avoid eye contact with the dog, as this can be seen as a challenge. And, if the dog does attack, do your best to protect your face and neck, and try to get to a safe place as quickly as possible.

The German Shepherd is a beautiful and loyal breed of dog. But, they are also powerful creatures with a strong bite force. So, it is important to be careful around these dogs especially if they are not trained. Hope this article was helpful. Check our other blog posts by visiting https://germanshepherdss.com today.