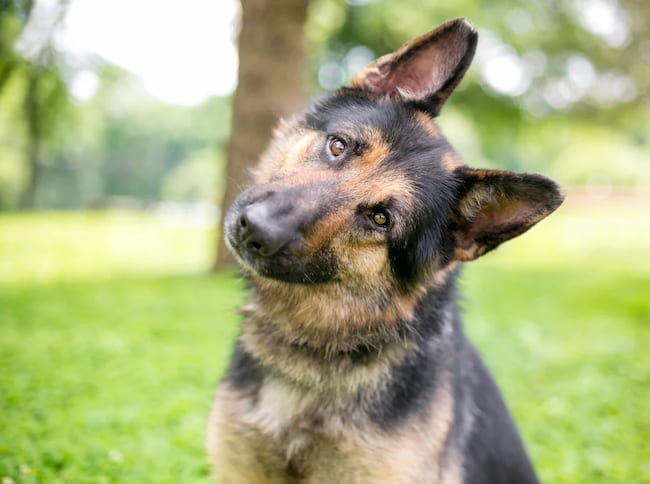 Do you have a German shepherd? If so, chances are that you are trying to figure out why do German Shepherds tilt their head so much. It’s actually a pretty common behavior for this breed of dog, but nobody is quite sure why they do it. Different experts offer different explanations for why German Shepherds tilt their heads, but the most likely explanation is that they are trying to better understand what is going on around them.

Some people think that it’s because they’re trying to listen better, while others believe that it’s just a habit that they develop over time. In this article, we’ll take a closer look at why do German shepherds tilt their heads and explore some of the possible reasons behind this behavior!

Why Do German Shepherds Tilt Their Head?

German Shepherds are known for being intelligent and attentive, so it’s no surprise that they might tilt their heads in order to better understand their surroundings. Tilting their heads allows them to use their sense of hearing more effectively, in addition to offering a different perspective on whatever they are observing.

German Shepherds also have strong facial muscles, which allow them to make more expressive facial movements, including tilting their heads. The bite force of a German Shepherd is strong due to its jaws. Plus, it’s possible that they learn to tilt their head as a way to get attention or elicit a response from their owners.

So next time you see your German shepherd tilting its head, remember that it might just be trying to understand the world around them a little better! And who knows, it might even be seeking some extra pats and love from you. Either way, it’s just another endearing trait of this lovable breed.

Why Does My German Shepherd Tilt His Head Often?

There is nothing to worry about if your German shepherd frequently tilts its head. It’s just their natural behavior and doesn’t necessarily indicate any underlying issues. However, if you notice that your dog is constantly tilting their head to the point of discomfort or they seems to be having trouble balancing, it’s best to consult a veterinarian to rule out any potential health concerns.

What Does it Mean When a Dog Keeps Tilting His Head?

If you notice that your dog, regardless of breed, is constantly tilting their head and it seems to be excessive or out of the ordinary for them, it could indicate an ear infection or neurological issue. It’s important to have your dog examined by a veterinarian in order to determine if there are any underlying health issues causing this behavior. Also, see this guide on parenting a 5 month old German Shepherd.

If your German Shepherd tilts their head, it could indicate a variety of things. 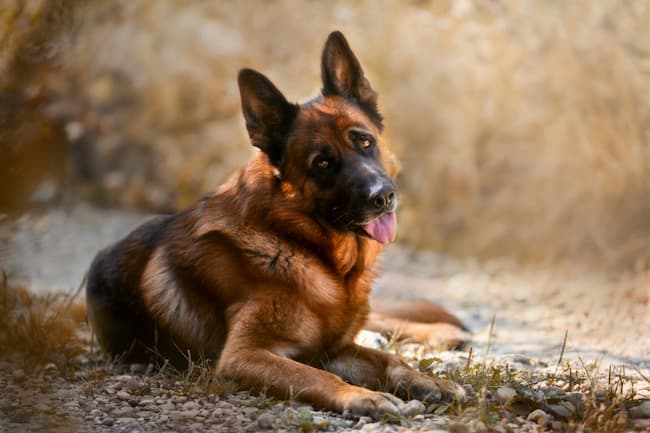 First and foremost, they may be trying to understand something or process new information. This is particularly common when you are speaking to them in a high-pitched tone or using a lot of inflection in your voice.

German Shepherds are also known for their strong sense of empathy and emotion. Tilting their head could also be a sign that they are trying to understand your emotions and respond accordingly.

Additionally, tilting their head could indicate that they have an ear infection or physical discomfort. If your German Shepherd consistently tilts their head, it is important to take them to the vet for a check-up.

Overall, there is no definitive answer as to why do German shepherds tilt their heads. But one thing remains true: it’s just another adorable aspect of this cherished breed. So the next time you see your furry friend tilt its head, feel free to give them some extra love and affection – they definitely deserve it! Stay tuned to Germanshepherdss for more pet parenting guides.