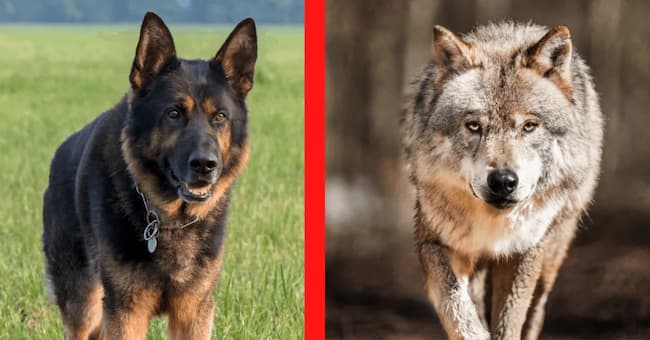 Do you ever wonder why do German Shepherds look like wolves? It’s a fair question, and the answer is quite fascinating, especially considering the fact that the two animals are not closely related. The history of the German Shepherd is a story of how a breed of dog was developed to resemble another animal.

In fact, the resemblance is so striking that some people have even suggested that German Shepherds were originally bred from wolves. So what’s the story behind this canine coincidence? Read on to find out why do German Shepherds look like wolves.

The history of the German Shepherd is a story of how humans have selectively bred dogs over hundreds of years in order to achieve certain physical and behavioral characteristics. Today, the German Shepherd is known as one of the most popular dog breeds in the world, prized for its strength, intelligence, and loyalty.

History of the German Shepherd Breed

German Shepherds were originally bred in Germany as working dogs, known for their strength and intelligence. They were used to herd livestock, guard property, and perform search and rescue missions. The first ever German Shepherd breed was in 1899 by Max von Stephanitz.

He came across a dog that was particularly strong and intelligent, named  Hektor Linksrhein which was believed to be a one-quarter wolf and was the product of a few generations of selective breeding. He took up the dog under his own and name it Horand von Grafrath.

This was the first German Shepherd recorded that had wolf-like characteristics. Over time, the German Shepherd breed came to be recognized as a distinct breed of dog with its own set of standard physical and behavioral traits. Today, German Shepherds continue to be one of the most popular breeds in the world, prized for their intelligence, strength, and loyalty.

German Shepherds look like wolves because they are direct descendants of wolves. In addition to their physical traits, German Shepherds also differ from wolves in many other ways. They are more domesticated and socialized than most wolves, and they are typically much friendlier and more responsive to human interaction. They are also bred for specific purposes, such as herding livestock or assisting law enforcement, which is something that wolves typically would not do. 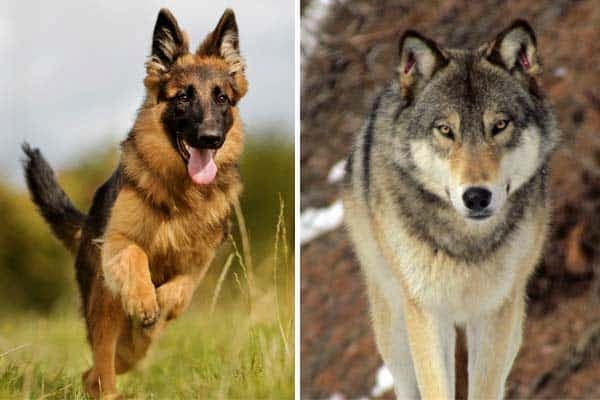 Despite these differences, German Shepherds continue to be one of the most recognizable dog breeds in the world, thanks to their striking resemblance to wolves. Whether you’re passionate about dogs or wildlife, there’s no denying that German Shepherds are truly a unique and fascinating breed!

No, German Shepherds are not a part wolf. Although they share many physical and behavioral similarities with wolves, this is largely due to the fact that they are descended from wolfdogs – a cross between dogs and wolves. Over hundreds of years of selective breeding, German Shepherds were developed into their own distinct breed, prized for their intelligence, strength, and loyalty.