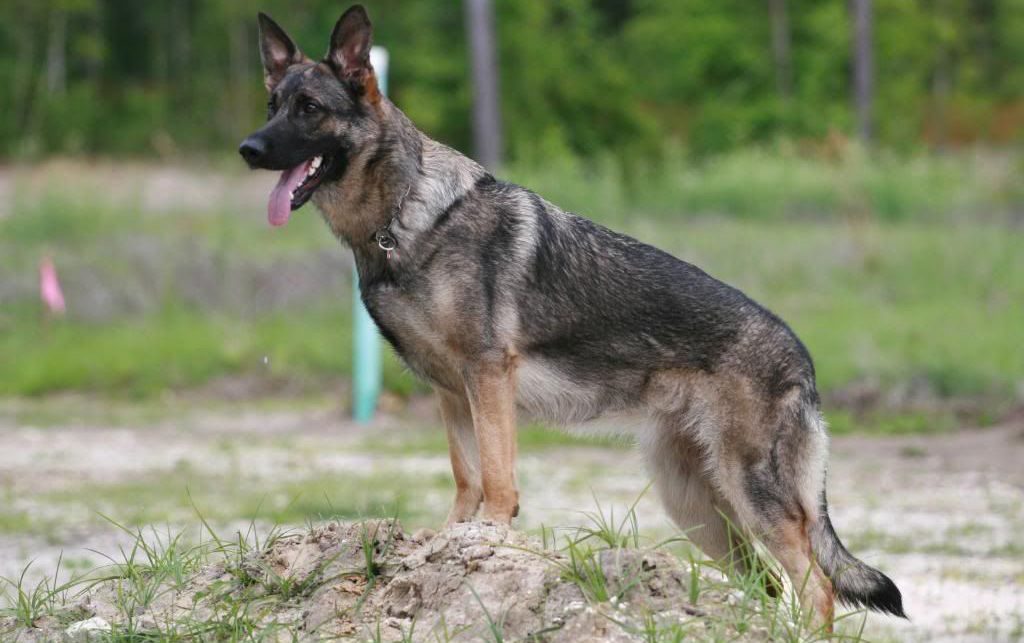 With a history dating back to the 19th century, the sable german shepherd is a breed of dogs originating from Germany Predating a herding and working breed in open fields, these powerful animals are known for their fidelity and good behavior. It is one of the best known of the breed German shepherd.

More information on other types of German Shepherd

german shepherds sable, They are characterized by being working dogs that need goals and a routine of activities. These routines keep him working instinct, he has long been characterized as the king of dog breeds.

The sable German Shepherd has been used for a wide variety of jobs, its performance benefits make it one of the preferred breeds. Some of the jobs for which they are trained are:

Expert trainers believe that learning ability is another characteristic found in this breed. Some of the physical peculiarities that distinguish them as a race are:

The color of the German shepherd sable it is characterized by being mostly dark gray, with some black spaces. On his muzzle and face you can see a black mask, as a rule of the entire German shepherd breed, he will always have a dark color on the mask and muzzle. The color of your gums can vary from black to pink.

Their legs will have a light brown color, like the other specimens of the German shepherd breed. This with the difference that in the sable german shepherd will always dominate the dark. The color of the eyes in this breed is distinguished by having black eyelids and almond-shaped eyes, the dark tone dominating never the light.

The sable German shepherd’s coat can vary according to the climate where it lives, usually, its tail has longer fur than the rest of the body. Its fur is characterized by having two layers one more coat long and thick and inside a shorter one. You are soft short coat considered as a fluff that insulates them from the cold.

On his torso, the fur is also slightly long but not as much as in the queue.

The sable german shepherd size in males it is about 65 to 70 centimeters, in females about 60 to 65 centimeters. Its tail is measured by stretching one of the hind legs, it must reach at least to the hock joint. Its hind legs are lower than the front legs.

The length is measured from the withers of the back to the beginning of the tail, it will be slightly longer compared to its height. This height measurement is taken from the base of the legs to the withers of the back. The head of the breed in general is characterized by being long with a curved frontonasal inclination that should not be very marked.

sable german shepherd It is a breed with ideal behavior, who can easily get along with children women and men. The sable german shepherd character, identifies it as an ideal dog to keep humans company. This one is docile, but when he assumes the role of protector, he may well show his aggressive strength. 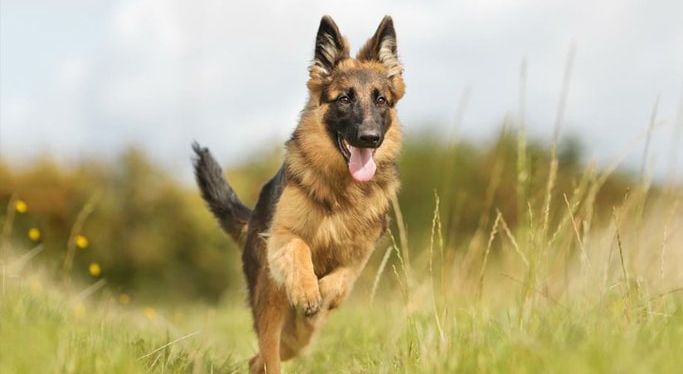 Other points that should be taken into account in your care are:

Bathroom: Contradictory as it may seem, The more a dog is bathed, the worse it will smell. So the experts recommend doing two baths in a period of 15 days one dry, and the other if using water and liquids.

brushing: sable german shepherdlike the breed in general, needs daily hair brushing if possible. This will collect the amount of hair that they usually grow, and this will prevent them from being left in the house or on furniture.

ear and ear cleaning: The ear cleanings will always be superficial and never go deep inside. This must be done gently because it is a very sensitive area of ​​the animal.

nail trimming: Care must be taken at this point because there are black nails and white nails. In the case of the black ones, it is more complicated, because the vision of the root is difficult, and it can cause an injury to the animal.

tooth brushing: This must be done up to 3 times a week, products for humans should never be used. This is because dogs don’t spit like humans, they always swallow. Therefore, the cream used should not contain fluoride.

The cleaning of the eyes: This should never be done in a rustic or rough way, a cloth should be moistened and passed gently. This will be done until the lagañas or other dirt is removed.

Health: veterinary advice should be sought, take into account the care of the hip. Or more specifically hip dysplasia, in the case of this problem it can help. Veterinarians can help the animal with medical care and increased protein.