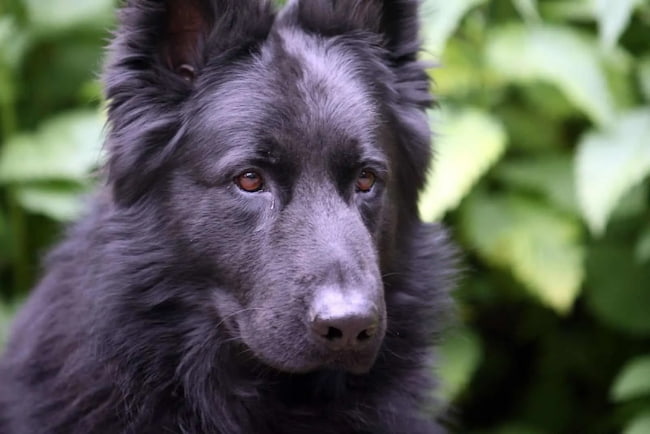 Are you thinking about adding a blue German shepherd to your family? If so, you’ll want to read this article first! In it, we will cover everything you need to know about this beautiful German Shepherd breed.

What is a blue German shepherd, anyway? How big do they get? What are their personality traits? We will answer all of these questions and more! So if you’re considering bringing a blue GSD into your home, make sure to read on.

What is a Blue German Shepherd?

The blue German shepherd is a GSD with a double recessive D (dilute) gene, which results in a diluted black coat. Blue GSDs are not actually blue, but rather have a blue-ish gray hue to their fur. 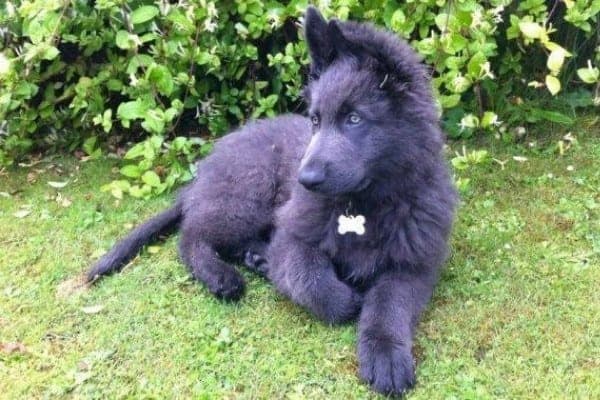 These dogs are relatively rare, and as such, they often come with a higher price tag than your average GSD. However, many blue German shepherd breeders argue that the unique color is worth the extra cost.

Yes, blue German shepherds do exist! However, they are quite rare. In fact, blue GSDs make up less than two percent of all GSDs registered with the AKC.

This means that if you’re set on getting a blue GSD, you may have to do some extra searching to find a reputable breeder. But trust us, it’ll be worth it when you finally lay eyes on your blue-hued pup!

The blue German shepherd is a relatively new color variation of the breed. In fact, the first blue GSD wasn’t born until 1901.

Some believe that the blue GSD was created by mixing GSDs with other blue-hued dogs, such as Weimaraners or blue Great Danes. However, there is no real evidence to support this claim.

It’s more likely that the blue German shepherd is simply the result of a double recessive gene. In other words, two GSDs with the blue gene must mate in order for a blue puppy to be born.

Now that we know a little bit about the history of blue GSDs, let’s talk about what they look like. As we mentioned before, blue German shepherds are not actually blue. Rather, their coat is a blue-ish gray color. This unique hue is often described as “steel blue” or “blue merle.”

Blue German shepherds often have blue or gray eyes, which adds to their striking appearance. These dogs are typically large in size, with males reaching up to 26 inches tall and females reaching 24 inches tall. They also weigh anywhere from 50 to 90 pounds when fully grown.

A full-grown blue German shepherd will typically weigh between 50 and 90 pounds. They will also stand anywhere from 22 to 26 inches tall at the shoulder. They are slightly smaller than their standard counterparts, but not by much.

When it comes to personality, blue GSDs are just like any other GSD. They are intelligent, loyal, and protective of their family. They make great pets for active families who can provide them with plenty of exercises. Learn how to brush a German Shepherd so that you can take care of your furry friend’s coat.

How Much Does a Blue GSD Cost?

Blue GSDs are relatively rare, so they often come with a higher price tag than your average GSD. However, many blue German shepherd breeders argue that the unique color is worth the extra cost.

Generally, a Blue GSD puppy will cost anywhere from $500 to $2000. This price range may seem high, but it’s actually quite reasonable when you compare it to other rare dog breeds.

Blue GSD is the right breed for you, be prepared to pay a little extra for the privilege. But trust us, it’ll be worth it when you finally lay eyes on your blue-hued pup!

Hope this article helped you understand this beautiful german shepherd breed better. If you think a blue german shepherd is a right breed for you, be prepared to pay a little extra for the privilege. But trust us, it’ll be worth it when you finally lay eyes on your blue-hued pup! Do your research before getting any dog and good luck! Stay in touch with Germanshepherdss.com for more useful guides.